In which, Andrew and Tracy got the opportunity to talk to the brains behind Tidewater Comic Con.  Mike Federali, the convention’s organizer, shared how he got started with conventions and what inspired him to create a brand new convention for the Hampton Roads area.  We also talked about the first TWCC event in April of this year, and how the turnout was way more than anyone expected, as well as Mike’s plans for the future of the convention.

The Strain: The Fall

Guardians of the Galaxy

The Lies of Locke Lamora

The Way of Kings

The Mary Sue merger has me feeling a bit like Obi-Wan today.

The Mary Sue, popular geek website for geek women by geek women, merged with Geekosystem, a sister site from Abrams Media. The merger was a decision from the top, and it’s been handled unbelievably poorly by everyone involved. I had seen the notices that it was going to happen but didn’t have time to check things out until toranosukev from Nubui Kuduchi showed me this.

Regarding the merger, an announcement like the following would have been the best call:

To title or not to title! 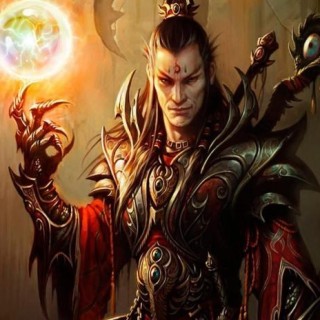 In which we breathe

It is too early in the morning for this shit

Where I Don’t Want to Be

When a Birth is Almost a Death

Like a sand castle all is temporary. Build it, tend it, enjoy it. And when the time comes, Let it go...

The planet is our home; we need to be more responsible. Here's what I do.

Murder Down To A Tea

I Can't Possibly Be Wrong All the Time

Outside of a Cat

a Book is a Girl's Best Friend.

An insight to a heart mind and soul.

If you aren't living on the edge, you're taking up too much space

The website of Luther M. Siler, author of fictional things

A bit of this, a bit of that, the meandering thoughts of a dreamer.

we hunted the mammoth

the new misogyny, tracked and mocked

A place where I pour out my inner nerd.